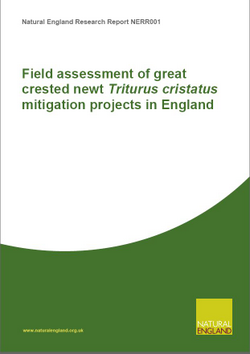 Mitigation projects have highlighted the need for rigorous pre- and post-development monitoring of great crested newts. Comparing the population status of great crested newts pre- and post-development – as well as comparing population status between different sites – is often difficult because of the lack of standardised survey protocols. This research was designed to overcome methodological and data deficiency problems by developing standardised population estimates.