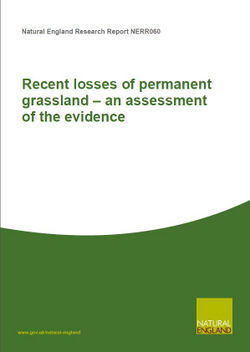 This report assesses recent trends in the amount of permanent grassland in England based on analysis of a number of different datasets. It examines the evidence for increased losses from 2011 onwards as a consequence of uncertainties around implementation of the permanent grassland measure under Pillar 1 Greening, for which the baseline year was originally set as 2015 in the draft text of the Direct Payments Regulations. There has been widespread concern that these factors have provided a perverse incentive to plough out existing permanent grassland as a means of securing maximum flexibility in farm practice ahead of the Greening requirements coming into effect.