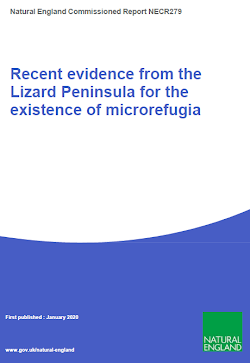 An important part of responding to climate change in nature conservation is to try to increase the resilience of species populations and help them to survive in at least some parts of their current ranges.

One way that this might be achieved is to identify and protect ‘refugia’; places that might enable species populations to persist despite climate change making the surrounding areas unsuitable. Refugia are a well-established feature of the last glaciation, harbouring many of the species occupying England today that are adapted to relatively warmer climates. But is the refugia concept also valid under current and future climate change?