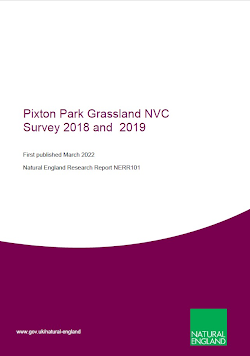 In 2018 and 2019 grassland surveys were carried out by staff from the Natural England Field Unit of land within and adjoining Pixton Park, Dulverton Somerset in order to identify any communities with potential to be notified features of a proposed Site of Special Scientific Interest (SSSI).

Data collected in all the areas mapped as this community were compared with Natural England’s published guidelines for assessing condition of SSSI habitat features and were judged as being in unfavourable condition by reason of an insufficient frequency of positive indicator species being present.