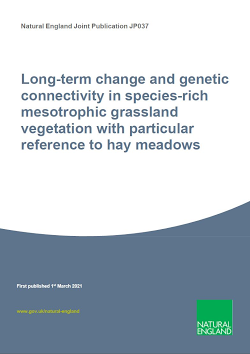 There has been a drastic decline in species-rich mesotrophic (neutral) grasslands in the UK since the middle of the 20th century, mainly due to agricultural intensification (Hodgson and others 2005). Mesotrophic grasslands can support a wide range of vegetation communities of conservation importance. Many of the most diverse examples have statutory protection as Sites of Special Scientific Interest (SSSIs) with some sites also designated as Special Areas of Conservation (SACs) under the EU Habitats Directive (Natural England 2008). Management agreements made through the adoption of agri-environment schemes (AES) also play an important role in their conservation management.