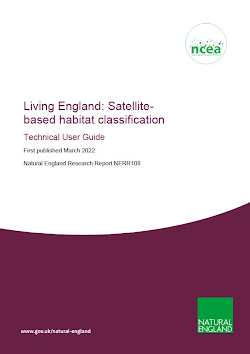 Update 07/2022 – The habitat probability map has some known under mapping of urban areas, with major roads, airports, car parks and dockland areas being classified under a number of other habitat types. This mainly affects habitat predictions around urban areas for the following broad habitat types: Broadleaved, Mixed and Yew Woodland; Coastal Sand Dunes; Bare Sand; Dwarf Shrub Heath; Acid, Calcareous and Neutral Grasslands). This is an issue the Living England team are developing solutions for and are looking to improve in the next iteration of the map due for release in 2024.