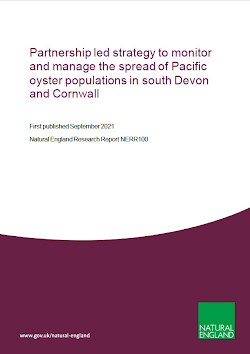 Between 2017 and 2020, volunteers led by Cornwall Wildlife Trust and South Devon AONB Estuaries Partnership, conducted surveys around Cornwall and South Devon, to record the density of Pacific oyster populations and to test the effectiveness of culling as a method of controlling population expansion.