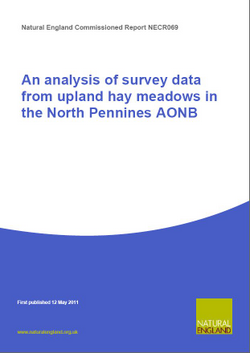 This large volume of data gave the opportunity to conduct a detailed analysis of the current composition of upland hay meadow vegetation. It also allowed some comparisons to be made with a similar-sized dataset from roughly 25 years earlier.