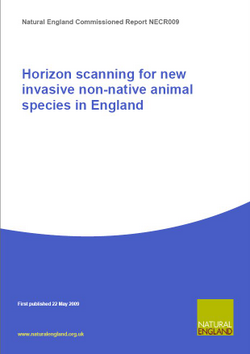 Invasive non-native species (INNS) are recognised as one of the main causes of global biodiversity loss and current evidence demonstrates that this is a problem which is increasing. Consequently there are a large number of agreements, conventions, legislation and strategies pertaining to INNS.

The aim of the report was to produce a list of potential new invasive non-native animal species in England using existing information on INNS.

The purpose of this report is to help Natural England: