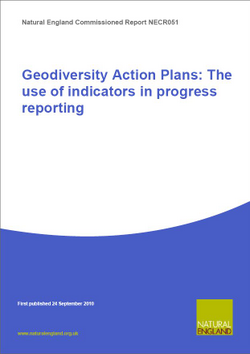 Since this report was commissioned (in 2009) the new Government has instigated a move away from national indicators and also a move away from regional structures (and indicators) towards a more localised approach. This means that the regional level indicators suggested within the report will now need to be considered within this new context. The introduction of Coalition’s vision of a Big Society confirms this move towards greater localism and also towards greater voluntary sector involvement. This places increased emphasises on local initiatives such Local Geodiversity Action Plans, giving them greater importance in the future of geoconservation and in the promotion of geology in general.