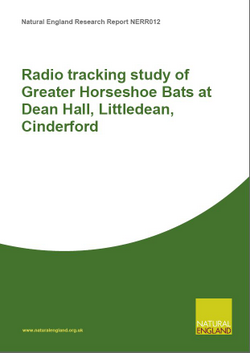 Ten Greater Horseshoe bats were caught within the roost and fitted with radio transmitters. Up to four fieldworkers then tracked the bats using Australis 26K and Sika receivers. Accurate bearings of bat locations were taken from hand held sighting compasses. Tracking continued over five nights.