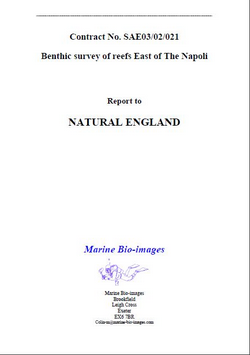 The MSC Napoli container ship was grounded off Branscombe Beach, Lyme Bay, in January 2007. Numerous containers were washed off the vessel before subsequently being recovered and small amounts of oil also leaked from the vessel. In August 2007 Marine Bio-images was contracted to survey the seabed near the grounded vessel, with particular emphasis on the subtidal reef areas nearby, to assess whether significant impacts had occurred as a result of the grounded vessel.